According to the CDC, suicides in the U.S. jumped a whopping 33 percent from 1999 to 2019. Many believe that the winter season is when people are the most at-risk for suicide, but the truth is that spring has the highest seasonal average for suicides. Are you, or is someone you know, at risk? bStable offers these insights.

The Truth About Suicide

Learn about the warning signs of suicide, learn what you can do to become emotionally healthy, and start preventing suicide for yourself or for someone you love right now.

Western Michigan University points out that “more than 90 percent of completed suicides had one or more mental disorders, most notably depression.” And the troubling truth is, most of the people who end their lives don’t actually want to die—they just can’t find a way to feel better. But depression, stress, and the other mental issues that lead to suicide are treatable. Though it may be a challenge depending on where you live, if you or someone you know believe you are suffering from a mental disorder, seek out the help of a mental health professional.

A vast majority of people who are thinking of committing suicide give out warning signs. Learn the risk factors and warning signs of suicide, some of which may not be easy to spot notes SnapClarity, and you can learn how to save a life.

A person who talks about suicide or death may be contemplating taking his or her own life. Talking about being a burden on friends and family, or suggesting that the world would be a better place without them, is a clear indication of suicidal thinking. Impulsive and self-harming behaviors, a lack of interest in making any future plans, giving away prized possessions, and other personality changes are all suicide warning signs.

Untreated depression is a leading cause of suicide. If you or someone you care about is experiencing persistent feelings of hopelessness, loss of interest in activities, insomnia, increased anxiety, or increased irritability, don’t wait until it’s too late. Nearly two-thirds of people who commit suicide are experiencing depression when they take their own lives. Start treating these symptoms right now, before they lead to suicide.

Stress can actually cause depression. If left untreated, stress can create more mental health problems that lead to suicide. There are many ways to reduce stress and reduce the risk of suicide. For example, if you can cut back on work responsibilities or shift your schedule, this can help you make inroads when it comes to job stress. Other ways to reduce stress include handing off chores to your partner, limiting obligations that strain your mental bandwidth, keeping your home free of negativity, exercising regularly, and getting enough sleep.

Of course, it’s also important to make counseling a priority if you or a loved one are experiencing major depressive symptoms. A therapist can help you work toward emotional wellness.

Dozens of people commit suicide every day, but this number can be reduced. Pay attention to the warning signs and what’s going on in your own mind. Don’t let stress build up until you become so depressed that you can’t see another way out of your pain. Suicide can be prevented. Know what to look for, know how to treat the symptoms, and know there is always another option. There is always hope.

bStable provides software solutions to optimize communication between patients and their behavioral healthcare providers for those living with mental health disorders. Contact us today for more info! (844) 727-8225 or ben@mcgrawsystems.com

Special thanks to Dorothy Watson (information@mentalwellnesscenter.info) for this guest article contribution! 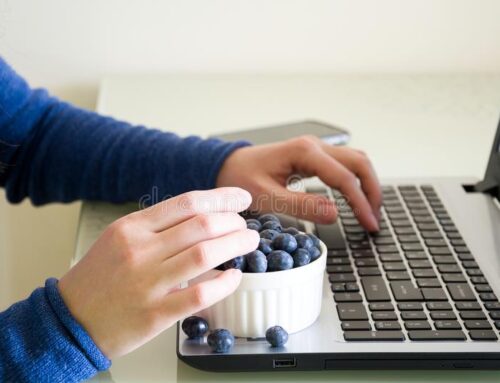 Mood Foods To Track in bStable 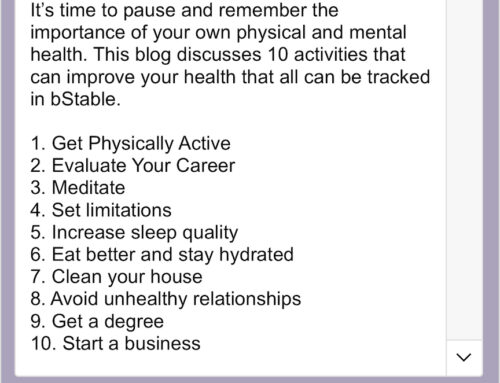 10 Ways to Improve Your Physical and Mental Health Gallery

10 Ways to Improve Your Physical and Mental Health 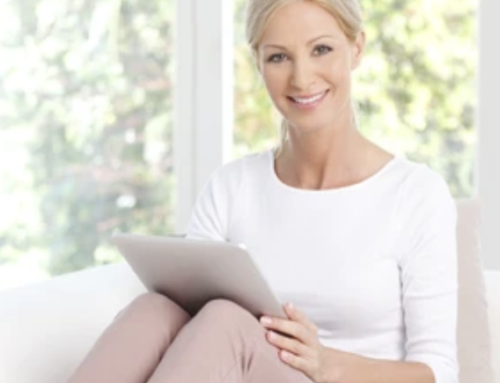 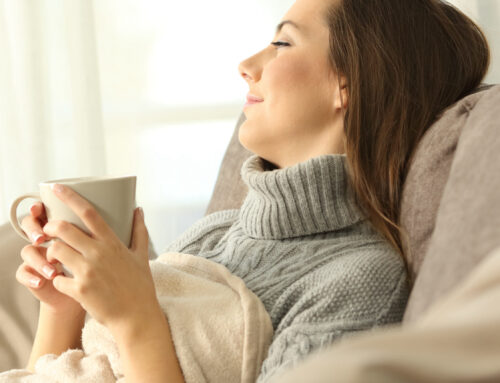 This is one of the best commercial mental health systems I have come across so far and believe me I've seen many systems so far.

I sincerely believe bStable is the most comprehensive clinical database for mental health patients currently available to us.

Beyond a doubt, bStable is the best! My patients, their loved ones and I benefit when this software is part of a recovery program.

I have been talking to other doctors about disease state management ideas in general. Compliance is the major issue. My daughter is being responsive to the importance of bStable!

The program is freaking awesome! It is so helpful to have everything in one place. I used to have a journal, dream journal and mood chart I was *trying*

I was doing research on methods to manage my mental health and ended up in a forum where they reviewed bStable as the most complete resource available. I showed my psychologist bStable yesterday and he was amazed!

Learn how a leading mental health agency that reaches more than 14,000 people annually (Caminar For Mental Health) leveraged bStable in a research study to demonstrate dramatic improvements in patient and provider communication. McGraw Systems LLC was formed in 2007 to provide software solutions to assist those struggling with mental health illnesses.

Back to top
Page load link
Go to Top